With gas prices soaring and the increasing impact of climate change ever-present, May’s Advanced Clean Transportation (ACT) Summit went from niche status to standing-room-only. Along with the financial and environmental context for the annual event, where technology companies, car manufacturers and engineers compare notes and share progress in the field, part of the draw this year may also have been the recent strides that clean transportation tech has made.

Amid the conference panels on sustainable investing and electric batteries was another type of technology that’s been largely overshadowed by its more environment-friendly bedfellows:  hydrogen, a clean fuel of the future, took center stage. The idea of using hydrogen to power fuel cell-based vehicles has been around for more than half a century. As an endlessly renewable energy source, whose only emission is water, hydrogen is one of the industry’s most promising alternative fuel sources.

A fuel cell generates electricity through an electrochemical reaction, not combustion. In a fuel cell, hydrogen and oxygen are combined to generate electricity, heat, and water.

Hydrogen-powered fuel cells have been piloted in cars, trucks, buses, ships and power stations for more than 20 years, but have yet to be adapted on a larger scale for various reasons, two of which are storage and access.

While hydrogen has captured imaginations, it has yet to capture an actual market for clean fuel. From storage to refueling, a handful of ACT panelists shared some of the obstacles that hydrogen power has faced when it comes to applying it to vehicle power—and to long-haul and heavy-load vehicles, in particular. Presenters also shared, however, some of the, ahem, inroads they’re making in terms of engineering, investment and policy, all of which must work in tandem to make wide scale adoption possible.

With just one proton in its makeup, hydrogen is the lightest and most abundant element in the universe. It’s highly combustible and has the most energy per unit of weight—making it useful for things like rocket fuel. But unlike less energy-efficient fuels like gas and or wind power, transporting it in a usable form between carriers poses a unique set of challenges.

Storing hydrogen is its first big challenge: it can exist as a gas, a liquid, or on the surface of or within solid and liquid materials. When transported as a gas, hydrogen requires storage under high pressure—anywhere between 5,000-10,000 psi (in contrast, a typical car tire is fully inflated at 32-40 psi, depending on the vehicle and air temperature).

When it’s converted into a liquid, meanwhile, it has much higher density than in its gaseous form, but it requires cryogenic storage—that is, a constant temperature of -423.04 Fahrenheit—to become and remain a liquid. Cryogenic fuel tanks also require extra insulation to ensure that none of the liquid escapes or warms.

A third approach to hydrogen storage is materials-based. In this method, hydrogen can be stored within or on the surface of a material, from microporous compounds to microscopically small carbon tubes. This approach allows for a high volume of the element to be stored in a smaller amount of space, and at room temperature. The challenge, though, is that the storage materials and the system of releasing the energy from them are still expensive, and not fully developed.

In the first three months of 2022, electric vehicle (EV) registration in the U.S. jumped by an unprecedented 60%. While EVs are still just a tiny fraction of the American market overall (4.6%), the uptick in adoption may stem in part from new EV car models, from the Ford F-150 to the Kia EV6.

Another factor may also be ease: a critical mass of charging stations. According to the U.S. Department of Energy, as of June, 2022, the U.S. has close to 49,000 public charging stations. With distribution across the U.S. that infrastructure means EV drivers have more than enough options to recharge their cars on a trip of nearly any length. The time it takes to charge those cars—sometimes a few hours, sometimes overnight—isn’t optimal, but for average consumers, it’s feasible.

In contrast, there are just 48 hydrogen stations across the U.S., and only a handful of corridors that would allow a driver to refuel on a long-distance trip. For companies that are considering creating fleets of delivery trucks for goods and materials, that lack of infrastructure creates another, considerable barrier to entry. And for the companies that build and operate the refueling stations—Love’s, for example, which was a presenter at ACT—deciding which technologies and fuel types to invest in are decisions with financial and environmental consequences that will last for decades, if not more.

Small steps forward
Despite the significant hurdles that hydrogen faces for mass adoption, industry thought leaders and observers have reason to believe that their rockstar element has turned a technical and political corner.

In terms of technological advancement, companies across the U.S. have made strides with liquid hydrogen. Last year two titans in the field, Chart Industries and Ballard Power Systems, teamed up to develop a fuel cell that could use liquid hydrogen as a fuel. Because of the higher energy volume that liquid hydrogen can hold, their innovation lays the groundwork for long-distance transportation like buses, trains, and cargo ships to be able to use the technology.

Also last year, a longtime, Western-U.S.-based non-profit dedicated to investment and development for hydrogen fuel expanded to become a nationwide group. Now known as the United States Hydrogen Alliance (USHA), the group is an alliance of engineers, thought leaders, consumers, environmentalists and others who envision a zero-emission future. For some of the corporate members at ACT, the organization’s expansion is just another signal that hydrogen is approaching a threshold for interest, investment and policy.

Hydrogen is sparking interest outside of ACT’s nexus of business and engineering.

“If we want to go to net-zero we can’t do it just through renewable power,” said Michele DellaVigna, Commodity Equity business unit leader for Goldman Sachs, speaking on CNBC’s Squawk Box Europe in February, 2022.

“We need something that takes today’s role of natural gas, especially to manage seasonality and intermittency, and that is hydrogen.”

DellaVigna acknowledged that the production of hydrogen still has environmental issues around how it’s produced. Once that’s resolved, however, he’s bullish on its potential to drive both cleaner air and economic growth.

“I think we have a solution that could become, one day, at least 15% of the global energy markets. Which means it will be … over a trillion-dollar market per annum.”

Not everyone, however, agrees. One of hydrogen’s biggest detractors may be the most outspoken car executive in the world: Elon Musk. The founder of Tesla, which designs and manufactures electric vehicles, Musk has been dismissing hydrogen for years, going so far as calling it “silly” and asserting that it requires massive tanks for storage.

He took aim at the element as recently as May of this year at the Financial Times Future of the Car Summit, where he reportedly gave it a thumbs-down once again, mostly because of the hurdles to produce and store it.

To make hydrogen, he said, “you either have to split water with electrolysis or crack hydrocarbons. When you’re cracking hydrocarbons, you really haven’t solved the fossil fuel problem [because it uses natural gas to power the process], and the efficiency of electrolysis is poor.”

Musk may be one of the most financially successful people in the world, but he’s not omniscient. If the advances that appeared at ACT are any indication, the energy sector may be closer to solving hydrogen’s hurdles than Musk thinks. Like any young technology, how to expand its adoption (and who will earn the financial gains) is still up for debate, but there’s a growing coalition of people pushing forward, nonetheless.

Said one ACT panelist, “if we wait for the molecule to be perfect, we’ll never get there.” 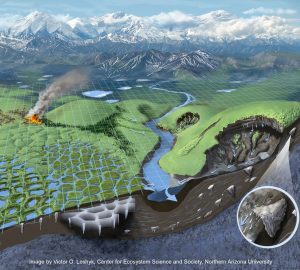