I Took Ketamine With a Therapist. This Is What Happened.

In early 2020, Tom L.* was in the depth of a clinical, life-altering depression. A bout of pneumonia had nearly taken his life while he was on a trip overseas. He’d thought the ordeal was over, but after returning home to California, he was suffering from physical and mental PTSD so severe that he went on disability leave for nine months. Things came to a head when he became suicidal and, with his psychiatrist, considered electroconvulsive therapy, in which doctors send small electrical currents through the brain.

Instead, a psychiatrist friend who was researching ketamine suggested he try that instead. The friend found a colleague who was known for treating patients with the drug which, in recent years, is increasingly prescribed off-label as a treatment for depression. Tom had already taken ketamine on a couple of occasions—first in the late 1980s and then again, in the early 2000s. Both experiences had been with experts in psychedelics, but neither had been part of a therapeutic treatment.

By the time his friend suggested ketamine to help his mental health, Tom was willing to try just about anything. His depression was debilitating, and so far, nothing else—from talk therapy to Zoloft—had helped. So he scheduled what would be the first appointment of six, in which he’d take ketamine with the therapist. After just one session, he said, the results were remarkable. What follows is Tom’s account of what happened.

With psychedelics, what your mindset is when you go in, what your intention is and also the atmosphere and setting, will help determine what happens during the experience. The therapist created this exquisitely comfortable and beautiful space. This is part of her expertise, and you just feel so beautiful and aesthetic.

The psychiatrist’s office was in a home with a separate wing where this psychedelic therapy takes place. There was a Tibetan healing figure hanging on the wall. There was a painting of Arabic tiles and a kind of a Guatemalan hanging as well, and the couch was really comfortable. Nice coverings and extremely comfortable pillows, like a dozen pillows. You could get as comfortable as you wanted. There was also an altar with photos of my therapists, people who train her and the people in that tradition. You felt very enclosed, almost like being in a tent.

Ketamine with a therapist: physical sensations

Before you get on the couch, you’re sitting together and there’s a therapeutic discussion. She asked, what’s your intention, and what do you want to accomplish. This particular therapist sometimes uses decks of cards that have little messages on them too.

Then she administered the ketamine through an intramuscular shot—most psychiatrists do it through IV. When you take ketamine lozenges it takes about 20 minutes to feel the drug, but when you’re given a shot it’s more like three to five. She had these great playlists and very comfortable eye shades. You feel like you’re floating on air. That led to all of these—it felt like the world was opening up again.

Ketamine is a very expansive substance. It’s something like an out-of-body experience. You’re not separated from your body, but the whole of your body is a little more tenuous. It introduces a new perspective. At the end of my last of the six sessions I had a vision where I was in this sea cave on the shore where the tide was coming in and I was sort of floating on the tide in this cave; that was a good visual analogue to what I was feeling psychologically and emotionally throughout these sessions.

Your body and time on ketamine

Ketamine is an anesthetic; when you’re going under, there’s that sense of everything being OK. When you have the right dose of ketamine, which is well under a fully anesthetic dose, you have that feeling throughout. A lot of strange things are happening. It’s between a visual and kinetic sensation of these planes of existence unfolding and folding and going in different directions. I know that sounds really strange, but it’s like more dimensions are added on and they’re shifting with respect to one another.

And then of course, time is completely stalled. Even though it’s a short experience when you’re in the middle of it. There are times when you say, am I breathing? And you are breathing but it feels like it’s really slow. You have these thought forms but they tend to weave in and out. It’s not really a place for profound thinking but somehow everything feels very meaningful.

Photo by youssef naddam from Unsplash

Ketamine with a therapist: emotional responses

Let me also say that these sessions were expensive and a friend of mine paid for them. All of these people were trying to help me out. The psychiatrist, this therapist and so on, and I just realized how lucky I was. I’ve been married for a really long time. She stayed with me through the thick of my depression. It was really hard. It was over a year or a year of pretty bad, bad stuff.

I realized I’ve got all these people that were wishing me the best and helping me out. I need to take that in more. I was able to take it in. I think that that was probably the most prominent thing from that session. And those thoughts keep coming up again.

The sessions took about an hour and then you know, I would continue to lie down and she’d fix me something to eat. We would talk again about the session and then she had me go on an hour long walk in her neighborhood before getting back in my car. After a couple of hours, I could drive again.

Advice on taking ketamine with a therapist

I think it’s important to find the best therapist you can. If you’re using it for depression, which is one of the main reasons ketamine is being used now, it always helps to have that support. I don’t know what it would have been like if I had just done it at home.

Now, nearly two years since his first session with ketamine, Tom’s clinical depression hasn’t returned. He still feels depressed sometimes, but in general, his mood has shifted and he’s able to work and enjoy his life. Every few weeks he takes a ketamine lozenge as mental-health maintenance. His feelings of gratitude for his friends and good things in his life have remained.

*We’re using only Tom’s first name and last initial to protect his privacy.

Check out are recent article I took ketamine at home. This is what happened, featuring a telemedicine company called Mindbloom that assists with ketamine-assisted therapies. 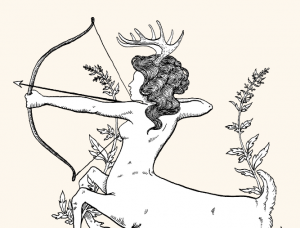 A hunting guide teaches strength and spirituality in the outdoors

Meet the activists behind the psychedelic renaissance

Could Artificially Intelligent Therapy Help You?