In a recent story covered by Reuters and many more, a team of researchers in Malaysia have developed drone parts from discarded pineapple leaves. The project is run by Professor Mohamed Thariq Hameed Sultan at Putra University. The team was tasked with looking for sustainable uses for pineapple waste, or agricultural waste, generated by farmers and ultimately discovered that the leaf fiber was strong enough for aerial uses.

The drones have so far been able to fly 1,000 meters and stay airborne for 20 minutes.

The team hopes to create larger versions which can carry imagery sensors for agricultural inspection.

The fiber of the pineapple leaves has a higher strength to weight ratio than synthetic materials, making it optimal for aerial uses.

William Robert Alvisse of the Malaysian Unmanned Drones Activist Society is part of a non-governmental group helping to design the drone and advising on the project.

Our role here is to help the industry, the farmers, to increase their yield and make their jobs much easier.”

If a drone is damaged, the frame can be buried and being that it is agricultural waste, it will degrade naturally in just a matter of weeks.

View the full article on Reuters. 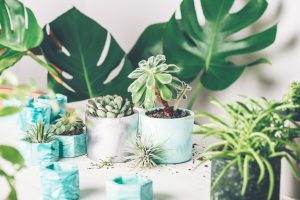 Meet the Instagram Influencer Who Raps to Her Plants

The Alchemy of Composting