In 2012, Oxford University scientists were amazed when a crow named Betty used an object in her cage to bend a piece of wire and turn it into a hooked tool. Betty used the tool to pull some meat from a plastic tube and serve herself lunch. Researchers at the time were blown away by her acute problem-solving abilities. But as it turns out, Betty wasn’t an anomaly. So we wondered, are crows intelligent?

Scientists have since identified that all New Caledonian crows can bend tools to solve problems in the wild and they seem to have evolved brains. In a 2019 story, the BBC‘s Chris Baraniuk explained:

“The specific kind of brain [animal species] have doesn’t really matter–corvids and primates share some of the same basic capabilities in terms of problem-solving and plasticity, or being able to adapt and change in the face of new information and experiences. This is an example of convergent evolution, where completely different evolutionary histories have led to the same feature or behaviour.”

A story from Sharon Begley at science and health site STAT, meanwhile, described additional research into the minds of crows. A study, wrote Begley, found that “crows know what they know and can ponder the content of their own minds, a manifestation of higher intelligence and analytical thought long believed the sole province of humans and a few other higher mammals.”

Are crows intelligent, or as smart as people? What do you think? 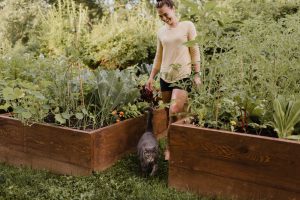