What Exactly Is Carbon Sequestration?

A quick primer: Carbon sequestration is the act of locking carbon away from the atmosphere. There are two kinds: terrestrial and geologic.

The most common type is known as terrestrial or biologic sequestration – this is what happens when trees eat CO2. Terrestrial sequestration uses soil and forest management practices—in some cases simply planting swaths of trees or grasses—to remove carbon from the air and sequester it underground naturally. This is probably the most common and the most powerful and high-capacity type of carbon sequestration. If used and measured at scale, trees that could pull hundreds of billions of tons of carbon out of the atmosphere. We would be able to make huge strides towards becoming carbon neutral for a relatively low price.

Geologic carbon sequestration involves taking carbon dioxide from the atmosphere and injecting it into porous rocks in a liquified state, to store it in various rocks and minerals. This method is garnering a fair amount of research because of the promise it holds.

Influencers in the sustainability world, like @buildsoil on Twitter, have long touted the potential for carbon sequestration as a means to fight climate change, but the technique is just starting to make its way into the zeitgeist.

What are the types of carbon sequestration–and how do they impact the environment?

The effects vary depending on the approach. Here are a few:

Terrestrial Sequestration is a relatively straightforward process that almost anyone can do. Perennial plants, especially trees, remove CO2 and native grasses, are already very good at pulling carbon dioxide out of the air and using it to create food for themselves. This is natural carbon reclamation. Planting lots of trees and other carbon-hungry plants also has the added benefit of creating more natural resources and new habitats for wildlife.

According to Montana State University, the fossil fuel industry has already been successfully engaging in geologic sequestration for years. While the drawbacks of this approach are limited, the carbon can sometimes escape from the ground and leak back into the atmosphere. To this end, researchers are working on solutions to “plug” potential carbon leaks. For more, the documentary Kiss the Ground digs into carbon sequestration. Narrated by actor Woody Harrelson, the film focuses on regenerative agriculture as one technique to help mitigate climate change and (we hope) save the planet.

One of the main things slowing climate action is that there hasn’t been a path to profit from it financially. That, however, may be about to change. A recent Vox article points out that carbon capture technology has a lot of potential for the industry moving forward. These new devices will allow for the capture of large quantities of carbon that can have various industrial uses, from carbonating beverages and antifreeze to microbial fertilizer and plastics. These, plus a range of other products, can be created with this trapped carbon, all while making the planet healthier.

What Are We Doing Now?

According to earthinnovation.org, at least 90 tropical countries have created serious initiatives to try to replant as much forestland as possible and stem the tide of climate change. It’s just one piece of the global puzzle, but signifies a growing embrace of the potential power of carbon sequestration and the positive effects more plant and tree life have on the climate. In the private sector, as Vox reported, numerous companies are working on ways to capture carbon in larger quantities, and more efficiently.

As the carbon sequestration field grows, so does the number of avenues in which to learn about it.  Masterclass has a great one-sheet explainer, as does Montana State University, with this useful explainer. Our relationships with the earth, ourselves, and each other is at the heart of Terra’s global community. We appreciate hearing your thoughts and feedback.

1. Do you think technology-based carbon sequestration and capture systems are the best solution to climate change? Or do you lean toward natural solutions like tree and native grass planting on a large scale?

c. Combination of both 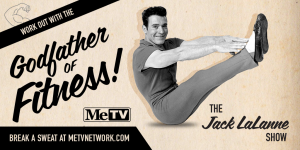