Are Microplastics in Your Blood?

In March of this year, the scientific journal Environment International published an alarming first-time discovery made by the Dutch research project Immunoplast: the presence of microplastic particles in human blood samples. In blood taken from 22 healthy adult volunteers, the study found microplastics (particles under 5 millimeters in size), as well as smaller nanoplastics, which measure less than 1 micrometer.

But how could there be microplastics in our blood?

VU Amsterdam, the Dutch research university where the study took place, shared details about the findings in a press release. They report the study tested for five different polymers (the building blocks of plastic). All five microplastics were present in three-quarters of the subjects’ blood samples. Test subjects most commonly displayed traces of three substances in particular: polyethylene terephthalate (PET), polyethylene, and polymers of styrene. The other quarter of the test subjects had no detectable plastic particles in their blood.

You might also enjoy this related article: Fighting Plastic Contamination with Fungi You Can Eat

These initial findings appear in several online news portals. Reuters included an interview with one of the researchers on the Immunoplast study, scientist A. Diick Vethaak. For news analysis site WION, journalist Palki Sharma cites that microplastics inhibit the ability of red blood cells to transport oxygen and that nanoplastics have been linked to infertility and brain cancer.

In an attempt to quell concerns, Frank Pierik, Program Manager of Microplastics & Health at ZonMw, released an official statement. He states, “We need to realize that these are only the initial findings. There is still a long way to go before a proper risk assessment can be made.”

Additional research, then, will be needed to establish how microplastics from the blood are deposited into other tissues, and to quantify what kind of threat this may (or may not) pose to public health. 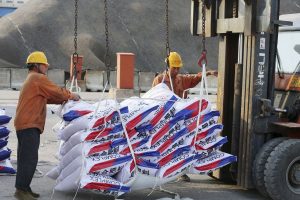