In 2002, at the age of 49, Dr. Joanne Chory, the Director of Plant Cellular and Molecular Biology Laboratory at the Salk Institute in La Jolla, CA, informed her staff that she had Parkinson’s disease. Everyone other than Ms. Chory cried.

A Lebanese-American, award-winning scientist and mother of two, Chory had faced numerous obstacles in her journey to become the chief of one of the most influential plant-research facilities in the world. As writer Sarah Kaplan describes in her profile of Chory, now 64, in the Washington Post, her diagnosis only made her more determined to unlock secrets in the biology of plants that could support efforts to reverse climate change.

It all started when in one of her first experiments with a mustard plant, Arabidopsis thaliana, she discovered that by altering lighting conditions some of the plants mutated in ways previously foreign to their known biology. That early work led to decades of intensive study and research culminating in the Salk Institute’s Harnessing Plants Initiative (HPI), where through scientific innovation plants grow bigger, more robust root systems that can absorb larger amounts of carbon by burying it in the ground in the form of suberin, a naturally occurring, carbon-rich substance.

By storing more carbon in parts of the plant that are underground several ecological benefits occur. Although photosynthesis (plant growth) takes trillions of pounds of carbon dioxide out of the atmosphere each year, much of it goes right back into the atmosphere when plants die and decompose.

In contrast, the Salk Ideal Plants, as they’re called, release the carbon into the earth. In commercialized crops like wheat or rice, this single change has the potential to offset as much as 20% of the carbon dioxide that humans emit into the atmosphere each year. It also restores vital nutrients to soil around the world that has been depleted by aggressive agriculture. For deep-rooted plants, the Salk versions are also much more resistant to climate-related problems like drought and flooding.

What do you think of the way in which Joanne Chory is fighting climate change? 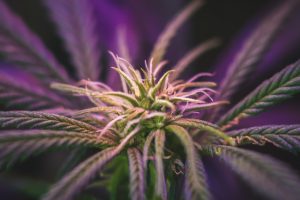