Fighting Plastic Contamination with Fungi You Can Eat

In March, a team of scientists made an alarming discovery about human blood: in a study based in Holland, they found that plastic particles from the environment wind up in the bloodstream.  Their finding has raised questions about the extent to which our environment may be contaminated with plastics and what kind of effect this may have on public health.

To combat this problem, Katharina Unger, an Austrian designer and sustainable living advocate, is leading a groundbreaking project that aims to use fungi to convert plastic into food. For more about Unger, you can look at reporter Anna Roth’s article in Modern Farmer. Though more research still needs to be done into the effects of plastic on the human body, potential solutions to the problem have been in the works for years.

In 2012, Yale researchers discovered a fungus capable of breaking down polyurethane, a key ingredient in plastics. This was the same ingredient that Unger and her team used to feed fungi in their Fungi Mutarium, a prototype that grows edible fungi, which could be a future component of the plastic-eating process in development.

You can see her prototype in action above, showing exactly how the fungus grows in egg-shaped pods made from a seaweed-based gelatin substitute, resulting in the completely edible byproduct of decomposed starch, sugar and plastic, a process that takes several months.

Check out Unger’s Vienna TEDx talk, “What if this device could change your eating habits?” In it, she discusses a similar device that was designed for harvesting insects for human consumption.

Other researchers have built on the work that Unger, the Yale team and others have begun. In 2017 scientists discovered yet another plastic-eating mushroom living in soil in Pakistan, which breaks down polyester polyurethane within a two-month period. They published their findings in the journal Science Direct.

Since then, research into fungi-eating plastics has continued. Researchers from the U.S. to Germany, and the U.K. to France have been working to develop fungi that are ever-more efficient (and hungry). Not everyone, though, thinks that plastic-eating fungi will be commercially viable anytime soon. In July 2021, Prof. Ramani Narayan of Michigan State University told the BBC, “the technology will have to compete with proven, commercial conversion technologies using mundane, less exciting water-catalyst systems.”

In other words, fungi will need to eat a lot more, a lot more quickly, to keep up with global plastic production and be cost-effective. 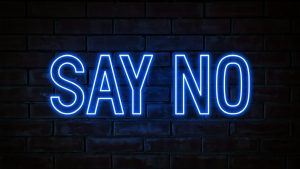 Love Yourself, Then Love Others: Six Ways Saying No Will Change Save Your Life