Released last fall, Kiss the Ground is a Netflix documentary about a sometimes-overlooked aspect of the climate picture: the ground. Narrated by Woody Harrelson, the documentary features a laundry list of scientists, celebrities, and modern agricultural thinkers leading the charge to change our soil practices.

The documentary posits that regenerative agriculture focused on carbon sequestration (that is, storing carbon underground using plants that effectively filter it from the air and store it in their root systems), can play a huge role in stopping the onslaught of climate change.

During the film, viewers see how modern agricultural practices are eroding topsoil and killing the microorganisms who make soil their home, which contributes to emissions.

Kiss the Ground also focuses on how everyday viewers can play a role in combatting the problem. 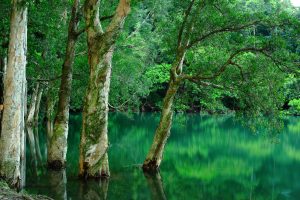