Hamilton Morris Introduces You to Psychedelics

Hamilton Morris has a show on Vice called Hamilton’s Pharmacopeia which takes viewers through the world of psychedelics and other drugs, introducing them to notable figures and substances along the way. In one segment, he interviews Alexander Shulgin, who invented ecstasy in a test tube, about his long prolific career creating mind-altering new substances. He also sat down last year with Michael Pollan for an interview about the role of scientific study in psychedelics at the 92nd Street Y.

On his Vice show, Hamilton Morris interviews a number of different figures in the world of psychedelic drugs, and he also introduces viewers to more obscure drugs they may never have heard of.

Michael Pollan was interviewed by Hamilton at the 92nd Street Y about his book “How to Change Your Mind” which took a methodical, journalistic approach to psychedelics and their therapeutic uses.

He has also been releasing a chemistry podcast and conducting research at the University of the Sciences in Philadelphia.

All three seasons of Hamilton’s Pharmacopeia are available on YouTube. 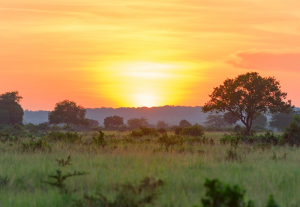 Can Grassroots Action Stave Off Climate Collapse and Preserve Wildlife?