Leave it to esteemed mycologist, Paul Stamets (fungi.com), to find a way to launch mushrooms into outer space. In a recent interview by Nick Holden in Scientific American, the latest details are revealed about the Paul Stamets astromycology project with NASA, the indestructible nature of blocks built with Reishi mushrooms and how a Star Trek character came to be named after him.

The study of biological organisms in space (astrobiology) is nothing new. What is novel is the pairing of plants and fungi, which in combination, can transform other planets to have conditions suitable for sustaining life as we know it on earth (terraforming). The prospect of growing plants in space might go a long way to solving problems of food transport for extraterrestrial travel in the future. Stamets’ collaboration with NASA, allowed him to research his vast collection of fungi strains, and identify the best candidate for breaking down the hydrocarbons in “asteroid dust” – oyster mushrooms.

This research also revealed  the potential of mycelium as an extraordinary insulator, component in battery/nanobattery production and could yield a sturdy, self-insulating building material that can double as a power generator. All of which begins to sound like an episode of Star Trek, but actually is already becoming a reality here on earth.  If Paul Stamets and his colleagues can find a way to terraform other planets, surely we can all figure out how to leverage some of this ancient wisdom and modern  technology to save our own planet.

What do you think about this Paul Stamets astromycology project? Can mushrooms really solve our problems in space? 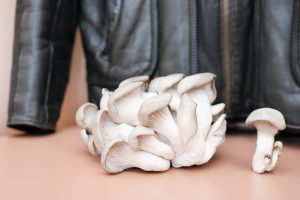