Seaspiracy is a recent documentary that examines the global fishing industry, and highlights the human impact on the widespread environmental devastation of the oceans. (If you have Netflix, you can watch Seaspiracy online free with your subscription.)

The film, from British director Ali Tabrizi, explores a range of threats to the ocean that are hurting the environment and leading to global warming. Some of the Seaspiracy’s wide-ranging topics include overfishing, the killing of dolphins, the destruction of coral reefs and plastic pollution.

The film draws lines between how global criminal networks known for drug smuggling and human trafficking are also involved in the nefarious acts in the sea. At one point, the director even goes undercover in a Chinese shark fin market to illustrate the market for the fins. He often films with a hidden camera wearing a hoodie, suggesting the industry’s high stakes and the danger that goes with exposing it.

A recent Treehugger article describes some of what Tabrizi captured as “truly awful scenes of dolphin-killing, whaling, aquaculture, illegal fishing, and more that will remain seared into viewers’ memories, especially that of an exceedingly bloody whale hunt in the Faroe Islands of Denmark and lice-ridden salmon swimming around a Scottish enclosure.”

The film also shows the challenges faced by organizations trying to help improve the ethics around eating seafood. At one point, for example, Tabrizi interviews Mark J. Palmer, the associate director of the Earth Island Institute, the group that administers the “dolphin-safe” label on canned tuna. In the interview, Palmer reveals that’s it’s nearly impossible to make such a guarantee.

“Once you’re out there in the ocean, how do you know what they’re doing?,” says Palmer. “We have observers onboard–observers can be bribed.”

There has also been vocal criticism of Seaspiracy, in which some participants said their comments were taken out of context, and some organizations believe the film misrepresents some facts. Learn more about the controversy from this piece in The Guardian.

Watch the trailer for Seaspiracy and see what you think, then watch Seaspiracy online free.

What actions are you taking to help protect the ocean? 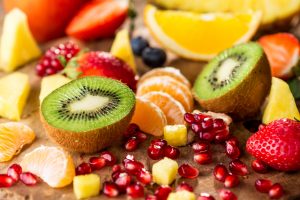 Natural Remedies in the Woods & Herbal Medicines in your own Backyard