Richard Powers won the Pulitzer Prize in literature for his novel The Overstory, which invites readers into the forests of America to hear the story of the trees who have sprouted, lived, and perished there. The novel was a New York Times Bestseller and earned comparisons to the writing of Herman Melville from Margaret Atwood. In The Overstory, Richard Powers shows what the world could be like through people and trees.

The book begins by describing the story of the American chestnut tree, which used to account for 25% of eastern forests and has all but disappeared thanks to an invasive blight.

Throughout the novel, characters whose lives have been shaped and influenced by trees in various ways are brought together into the central narrative.

The Book was selected as The New York Times’ NOVEMBER 2020 Book Club Pick. 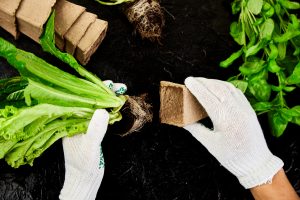 Learn to Identify and Harvest a Semi-Mythical Herb