It’s easy to assume that plant-based, fake-meat products are healthier than the traditional alternative, but do we really know what we’re eating? Plant-based foods are also processed foods, so it’s not enough to simply read the ingredients; the production process matters too. Here, we consolidate the information available so you can make informed decisions about your diet. Have you ever really considered Beyond burgers ingredients?

Brands like Beyond and Impossible seek to replicate the feel and taste of meat using entirely plant-based ingredients. This has allowed an easier transition to being vegan for those who would still like to incorporate foods with the flavors and consistency of meat into their meals.

Are These Products Healthier?

When it comes to meat alternatives vs. meat products, nutritional stats matter. According to The New York Times, studies are underway to compare the metabolic effects of plant-based faux meat to animal meat. However, experts cited in the article suggest that they aren’t necessarily healthier and are best viewed as “transitional” foods that can help those eating them incorporate healthier foods into their diets.

A study by ​​nutritional epidemiologist Lisa Harnack at the University of Minnesota School of Public Health analyzed 37 different plant-based products and compared them with ground beef. For the most part, they were found to be good sources of nutrients, such as fiber, folate and iron, while higher in sodium. Harnack advises a focus on labels and self-education to address saturated fat levels and alternative sources for protein, zinc and vitamin B12 which were significantly lower than the meat alternatives.

According to Live Naturally Magazine and Gillco.com, there are a few common ingredients that go into making these products. It’s important to know what’s in them:

The least-understood ingredient for red-meat alternatives is soy leghemoglobin. Soy Leghemoglobin (or legume hemoglobin found in soy) is a protein found in plants. The GMO heme from this plant is the component of the hemoglobin consisting of iron that helps carry oxygen in living organisms and gives plant-based alternatives the appearance of red meat. The FDA has approved soy leghemoglobin as safe. However, it should be noted that the GMO heme in Impossible Burgers was not directly or explicitly reviewed by the FDA for approval. Instead, it went through a fast-track program allowed by the FDA for any products with substances that they believe should be GRAS (generally recognized as safe).

In this case, companies like Impossible Foods get to decide whether or not a new substance added to our food should be reviewed by the FDA or is safe for human consumption. This doesn’t mean that Impossible Burgers or other plant-based alternatives have harmful ingredients, but it does raise questions around safety.

Every company’s product is different, but highly processed foods, in general, contain a large number of preservatives. Some of these may include: tertiary butylhydroquinone (to preserve color), magnesium carbonate, propylene glycol, ferric orthophosphate, dipotassium phosphate, potassium chloride, titanium dioxide, and maltodextrin. None of these chemicals raise food-safety red flags, per se, but it indicates that veggie burgers aren’t purely plant-based.

Another consideration is the potentially carcinogenic nature of some ingredients in processed foods, including those produced by Beyond, Impossible Burger, and other leading brands. Glyphosate is a herbicide (commonly found in RoundUp) that is applied to the leaves of plants to kill both broadleaf plants and grasses. It is important to note that these chemicals already exist at levels of contamination across a wide variety of vegetables, fruits, and plant-based meat alternative products, including Impossible and Beyond Meat.

As the vegan industry expands and products in this category continue to evolve, the key research to follow is on the glyphosate and any other chemicals considered to be harmful in the products you buy. It’s likely that some products will rank considerably higher in toxicity levels than others in the category.

How Is Fake Meat Manufactured?

According to UnderstandingAg.com and the Institute of Food Technologies (IFT.org), the process includes treating the meat alternative with very high heat that causes a chemical change. This can, unfortunately, lead to byproduct chemicals that can trigger allergic reactions in some people. The process makes the plant products look and taste like meat but can also lead to some unhealthy elements, in part because of the byproducts it produces. In some studies, the high heat and chemical processing of soy protein isolates, for example, have created a protein compound that led to kidney and pancreatic damage. The same tests, it should be noted, have yet to be done on humans.

Ultimately, Understanding Ag recommends consuming only fake meat products that are organic, free of chemical contaminants and genetically-modified ingredients and only in small, infrequent portions. Which is all to say: carefully and in moderation. 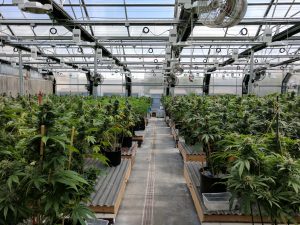 The Best 4 Books for Those Curious About Permaculture

How To Make Your Own Homemade Cleaning Products