The global pandemic has exposed major flaws and waste in America’s broken food chain.. Some 37 million Americans suffered food insecurity in 2018, and that number has continued to rise as the pandemic put many people out of work. In the U.S., the issue is all the more glaring in light of the fact that up to 40% of the nation’s food ends up in the trash.

Apeel Sciences, a company in Goleta, CA, wants to address both of these problems with one solution. They have created an organic “second skin” for produce that extends its shelf life. That extended freshness which would allow food pantries, for example, more time to deliver fresh food. The concept is gaining traction: Pop singer Katy Perry has invested substantially in the company, in hope of revolutionizing the food chain. The LA Times Deputy Business Editor Jeff Bercovici covered the company in 2020, writing:

“Apeel’s solution to all this is to slow down the clock. Like other living things, fruits and vegetables breathe. It’s this exchange of oxygen and carbon dioxide, and the concurrent loss of moisture, that causes them to ripen and rot. Refrigeration slows respiration but accelerates moisture loss; upping the humidity to compensate promotes the growth of mold. ‘You’re always fighting a battle of time,’ said Walter Robb, the former co-CEO of Whole Foods who has been on Apeel’s board of directors since 2018.”

Kroger supermarkets are already testing avocados, asparagus and limes treated with the Apeel Sciences solution to see how it works. Would you buy one of these products? What do you think we can do to fix our broken food chain? 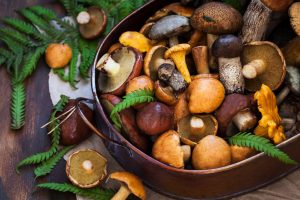