It was a little more than 20 years ago when Dr. Nicole Apelian was diagnosed with Multiple Sclerosis (MS), a chronic illness that affects communication between the brain and the spinal cord. An autoimmune disease, MS can impact everything from blurred vision and fatigue to numbness and an ability to walk. A Nicole Apelian wiki search will provide more great info on herbal remedies to treat Multiple Sclerosis, in tandem with guidance from your own medical doctor.

For Apelian, an anthropologist, biologist, herbalist, mother and safari guide who has spent decades exploring the wilderness, the diagnosis was a turning point in her approach to wellness, lifestyle and work. After years of trial and error, she leaned on the unique training she’d had over the years with Botswana’s Kalahari San Bushmen, combined with her scientific training and deep research. Eventually, she developed what she calls her healthy living strategy, began writing books about her experience, created an herbal apothecary and even appeared in a reality survival show (twice).

But first, she had to find a way to heal herself.

When Apelian was diagnosed, she said, “I was young, I was sick, and I was scared.” Following standard medical protocol she turned to her neurologist for treatment, but her quality of life quickly went downhill. The medications she was on, while beneficial for many patients, weren’t helping. On Apelian’s best days, she needed a cane to walk. On her worst, a wheelchair. Most days, she was confined to her bed.

That’s when Apelian broke with what was then standard medical protocol. Her first step? Digging into peer-reviewed research, the standard in scientific study. She sought out medical books, research papers, and went to her university library as much as possible. Next, she found a doctor of Ayurvedic medicine, an ancient practice from India, who reworked her diet and introduced some herbal supplements. She began practicing yoga and from there, her exploration into plant medicine took off in a new direction.

Eventually, her research, lifestyle changes and herbal additions worked: Since starting her journey into her own, natural wellness practice, her MS symptoms have been in check.

“Being a scientist with that background in biology allowed me to formulate my own wellness plan,” said Apelian. “I’ve modified it over the years but still follow it to this day, and it’s worked beautifully for me.”

Not everyone, however, believed her natural wellness approach would work. Apelian received her diagnosis in January 2000, a time when alternative medicine, she said, “was still really alternative.” In the face of pushback from her neurologist, she found another doctor who was more open to emerging research, particularly from Europe, where pharmaceutical companies carry less regulatory weight.

“We didn’t have naturopathic doctors to go to,” she said. “What I was doing, a lot of people thought it was crazy.”

Apelian’s family was more supportive, because they knew and trusted her scientific background. Yet the larger scientific community is just now starting to catch up—an exciting change since she began her own medical journey.

“Now with all the  accurate scientific data that’s come out about diet and lifestyle and herbal medicine, and especially medicinal mushrooms, people have shifted,” she said. “These sort of out-there, crazy things have become mainstream medicine. And I’m hoping that the next shift is that these will get into mainstream Western medicine, because more and more people are realizing that these things do work and that these things count.”

For Apelian, the shift is gratifying not only because embracing natural protocols have helped her so much, but because she hopes it can help others, too. From neuropathic conventions to continuing research, the growing mainstream focus on things like plant medicine and the mind-body connection when it comes to health are all part of a healthier society, overall.

As for her personal well being, Apelian is still making adjustments and striving for balance. She’s working on a new book, due out this year, and continuing to tend her land in Washington state and spend time with her family. But as her focus began to flag in the fall, she began making small tweaks to her professional and wellness practices, like closing her email when she was working. Detoxing from social media. Taking time off. And getting outside, daily.

At heart, however, Apelian’s day-to-day life is a lot like those of other people: which is to say, a work in progress.

“My work is my passion,” she said. “I’m getting that word out to people about how to empower themselves to live a better life; a more healthy, happy life. That, I feel, is a big part of why I’m here on this earth.

“But,” she added, “I have to make sure I follow those rules too.”

A Nicole Apelian wiki search will add a little bit more of her unbelievable life and recovery, but also her time on the TV show Alone. 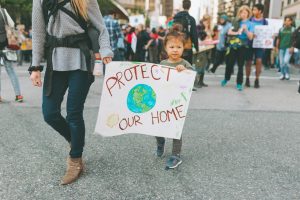 4 Buddhist Mantras Contain the Secret to Saving Your Relationship

Permaculture Secrets from the Experts