The keto diet may be one of the leading weight loss diets, but that doesn’t mean you can’t treat yourself. Similarly, snacking doesn’t have to be limited to hard-boiled eggs and avocados. With a little guidance, you can still fit plenty of high-fat, moderate-protein, and little-to-no carbs snacks and treats into your diet. We have found some of the nest treats from the keto diet list of foods you can eat!

Granted, when you read that description, the word “treat” likely doesn’t jump out at you. When you think of a treat, especially when you’re on keto, you likely think of a bag of Doritos, a tub of ice cream, or some other salty or sweet snack.

To help you soothe both of these cravings without falling off your diet, consider including the following three recipes into your keto rotation.

If you miss your sweetened frappuccino in the morning, try mixing heavy whipping cream into your black coffee and topping it off with a sprinkle of Stevia. Stevia is one of the healthiest no-calorie sweaters available and will even add a slight taste of licorice to your coffee.

One of the sensations people miss most when they go on keto is crunch, as it’s often associated with carb-filled, off-limits foods like crackers. Taking a head of kale, chopping it up into chips-sized squares, adding some olive oil, and throwing the squares into the oven, however, delivers a delightful crunch sensation without any of the carbs.

Don’t let the title throw you off; coconut egg bakes are delicious, low-carb, and super simple to make. Just put an egg into a standard drinking mug, sprinkle coconut flakes on top, add salt, add any no-calorie sweetener you wish (optional), and you throw it into the microwave for a couple of minutes.

If you’re still in need of more keto snack and treat recipes, check out this Reddit post. 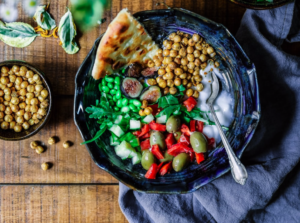 How to Affordably Cook for a Paleo Diet

The Best 4 Books for Those Curious About Permaculture

Bring Joy to Your Life With These Comfort Food Recipes