Drinking wine is a classic pastime around the world. It conjures up images of meals being shared around the table by multi-generational families and friends in beautiful vineyards across the Tuscan countryside. But what is natural wine? Aren’t they all natural?

With so many wine producers doing away with their natural ways in favor of mass-production, wine has been going through something of a character drought in recent years. This push for profits and wide customer bases has resulted in chemicals and additives being added to wine more than ever before.

Fortunately, the last few years have seen something of a push to return to the old way of wine production.

Why Is Natural Wine better?

Aptly named the Natural Wine Revolution, this recent push to bring back wine that is made naturally has been driven primarily by the desire for wine with fewer additives and preservatives that older generations had the pleasure of enjoying. The revolution is also marked by the push for less technologically-involved production processes.

From a taste standpoint, wine made naturally is known to be fizzier and funkier in taste compared to its more consistent, mass-produced counterparts. Adding to it’s character is the fact that its appearance is also more fizzy and cloudy.

As most revolutions in the modern age, the Natural Wine Revolution has been made most public by popular social media influencers, including the Wine Wankers, Madeline Puckette, and Wine Gini. Making up this influencer revolution are all walks of life within the wine community, including wine producers, travel vloggers, chefs, restaurant owners, and sommeliers.

For example, consider the example of Wine Gini, who has turned visiting and reviewing wine destinations into a career. To give you an idea of the number of people interested in the Natural Wine Revolution, Wine Gini’s enthusiastic videos of visiting vineyards and breaking down different natural wines have earned her over 100,000 followers on Instagram.

What is Natural Wine? – Somm Tips With Keri Levens 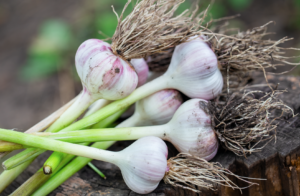 How to Grow Garlic