Has the science of obesity been derailed by a “fatally, tragically flawed” paradigm? In this STAT News opinion piece reevaluating obesity science, reporter and researcher Gary Taubes takes a shot across the bow of what he believes is a flawed scientific consensus. As a vocal advocate for low-carb / high-fat diets (per his Wikipedia page), Taubes agenda is clear in his views: the main cause of the obesity pandemic, he says, is carbohydrate consumption.

Taubes certainly brings a sharp intellect and lofty academic credentials to the discussion; he has degrees from Harvard, Stanford and Columbia in applied physics, aerospace engineering and journalism, respectively. But obesity and nutritional science are clearly his hobby horse—he’s written four books on the subject. He’s also co-authored papers with numerous other researchers, like one in the American Journal of Clinical Nutrition, which he wrote with 16 colleagues.

In his STAT piece, Taubes argues against the idea that obesity is essentially an “energy balance disorder.” Most experts, he says, incorrectly reduce obesity to a simple formula of “calories in and calories out,” which Taubes labels the “central dogma” of obesity science. The contrary view, according to Taubes, is that obesity should instead be treated as a “hormonal or constitutional disorder” governed by a “carbohydrate-insulin model”.

Taubes builds towards this conclusion with a thorough overview of the history of obesity science, in which he describes how the current paradigm was established and why he believes (quite adamantly) that it’s misguided and effectively unscientific. However, Taubes points out that medical professionals do, in fact, account for a constitutional (hormonal) disorder among a subset of obese people with a genetic predisposition (with no presumed connection to carbohydrate consumption).

This approach, he posits, fails to account for a perplexing data point: the sharp increase in the baseline rate of obesity from 12% to 40% over the last 60 years. In summary, Taubes has tasked himself with identifying the underlying causes of that increase, which he links, in no uncertain terms, to high levels of insulin associated with carbohydrate consumption. Unfortunately, lifestyle considerations that are generally conducive of health & wellness (such as lowering caloric intake, intermittent fasting and exercise) seem to all fall by the wayside as part of this broad rejection of conventional wisdom. Perhaps the truth lies somewhere between these two extremes.

So will proponents of this admittedly minority position actually manage to sway their colleagues in the field and buck the scientific consensus? Will they inspire a new scientific revolution? Readers should weigh the arguments on both sides of the issue (perhaps with a grain of proverbial salt) before reaching their own conclusion. If you’d like to see Taubes in a discussion with someone arguing the opposing view, there’s an episode of a Joe Rogan Podcast from 2019 where they hashed this out. (Rogan, we should note, is facing public outcry over spreading medical misinformation.)

After reading Taubes’s take, what’s your view on the root cause of obesity—and what society and the medical community, might be able to do about it? Should Taubes be reevaluating obesity science, or were we already on the right track? 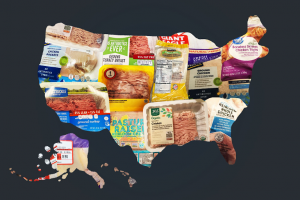