Could You Grow Enough Food To Survive Disaster in Winter?

The people of Lebanon have been called by the ruling Hezbollah to wage “Agricultural Jihad” as an emergency response, growing all their own food in a land where 80% was imported.  300,000 Lebanese have been displaced by disaster in a single month. Winter food is becoming more important than ever.

Winter food has become difficult to keep stocked and the Lebanese people are going through a crisis. Lebanese account holders can only withdraw a few hundred dollars per week. The Lebanese pound has lost 80% of its value.

Small space farmers are growing tomatoes, beans, cucumbers, zucchini, strawberries, eggplant, greens, and herbs. Home livestock is making a comeback with chickens and goats. Winter food is now more crucial than ever with the situation in the country.

Explore this story further in The New York Times. 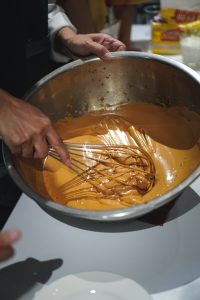 Are You Cooking with Potential Poisons?

How to Grow Potatoes

How To Start A CSA: Join a Growing Revolution