Over the past year and a half, with the stress of the global pandemic and the lockdowns that came with it, scores of people turned to gardening for the first time. With a new mini-generation of gardeners entering the world, there’s also been a massive uptick in people looking for direction on how to improve their green thumb. As such, Gardeners World episodes have become a renewed source of learning and inspiration.

The British gardening show has been on the air since 1968, but the show has seen its viewership skyrocket over the past year and a half. Airing on BBC on Friday evenings, the show’s host, garden writer and author Monty Don, has been winning the hearts of new gardeners around the globe. Don’s presence on screen gives viewers new planting ideas and something calming to look forward to in a world of uncertainty. The New York Times spoke to fans about what drew them to the show:

Alex Yeske, an art director and graphic designer, turned to Gardeners’ World early in the pandemic when she felt cooped up in her New York apartment and fried from staring at screens. “So many of us have been reaching our limits,” Ms. Yeske said. “I spend way too much time on my computer, my phone. Getting to see all this greenery was relaxing.”

Viewers in the U.S. can tune in via streaming platforms including BritBox and on YouTube. What are your favorite Gardeners World episodes?

Have you tried some of Monty Don’s gardening tricks? How did it go? 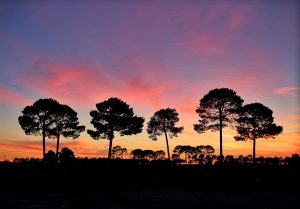 The Overstory : A Novel for Eco-activists