Have you ever seen those shows about Doomsday Preppers? They’re people who drastically alter their lives in preparation for end-of-the-world-type scenarios, which might include a natural disaster, nuclear fallout, or global pandemic. Another way to describe this practice is Homesteading, which is something that humans have been doing for centuries.

While the first two scenarios might sound far fetched, the recent spread of the COVID-19 pandemic has resulted in a doomsday scenario becoming a much more realistic thing in many people’s minds. This has caused a flood of people looking to alternative, more self-sufficient ways of living that don’t require the assistance of the government, or even grid services–both of which could disappear in the presence of a global pandemic.

If you’re one of those people, you’re going to have to learn about the various aspects of homesteading.

What is the homesteading movement?

However, instead of diving head-first into homesteading and giving up such things as your home, job, and electricity, it’s better to just get your feet wet first. Try renting a remote cabin with limited access to electricity and food for a week, or even just a few days. Experiment with backcountry camping somewhere remote, but close enough that you could return to civilization in the case of an emergency. Join a local community garden and learn how to properly grow and harvest crops, all the while meeting other people interested in a similar lifestyle. Food is another import consideration!

If you’re still seriously interested in exploring homesteading after that, check out this video from Homesteady that gives new homesteaders a warning.

Watch Before You Start Homesteading

My warning to all of you about to start homesteading

Now that you know what the definition of homesteading is, here is the best way to do it. If you want to explore homesteading further, the next thing you need to consider is land. Buying land is complicated, but you can get familiar with some common pitfalls here:

6 Mistakes to Avoid when Buying Raw Land {for a homestead}

Plus, with so many people now considering homesteading with everything that’s currently happening in the world, there are plenty of free resources you can use to learn more about homesteading, as well as paid courses you can enroll in for guidance from paid professionals. 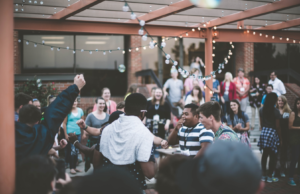 Dinner Music to Keep You Present