On March 1, 2022, the Wall Street Journal published an article by Patrick Thomas, “Russian Invasion Threatens Disarray for Farmers’ Fertilizer Supplies,” which paints a grim picture of a global supply shortage in agricultural fertilizers. The shortage is just one of the ancillary effects of the sanctions against Russia and Belarus over Russia’s invasion of Ukraine. The ripples will be felt around the world. And it’s too soon to predict exactly how the War in Ukraine will impact global farming.

The root of the problem stems from the world’s reliance on Russia and Belarus for products like potash (fertilizer potassium) and nitrogen crop nutrients. Fertilizer production could be further forestalled by an increase in gas prices, which could in turn cause manufacturing plants to close.

Global finance website Bloomberg has been ringing alarm bells recently, focusing on the market fallout resulting from the war. Here’s a chronicle of some of their highlights over the first few days of the conflict, focusing on the agricultural industry:

Writing prior to Russia’s full scale invasion, Jen Skerritt and Elizabeth Elkin co-authored “Fertilizer Shortages Due to Russia-Ukraine Tension May Hit U.S. Growing Season,” where they warned readers about the risk of impending shortages in both fertilizer and potash. Farmers are likely to reduce their fertilizer use, they wrote, which will reduce crop yields and drive up food prices.

Data from the USGS 2022 Mineral Commodity Summary rank Russia and Belarus as the world’s 2nd and 3rd top potash producers in 2021, individually exceeding China and collectively outranking Canada in the number one spot. This puts pressure on Canada to ramp up its own production before the upcoming North American growing season.

Mike Dorning, in his article “USDA Warns Fertilizer Firms on Price Gouging Over Ukraine,”  cited U.S. Agriculture Secretary Tom Vilsack, who recently downplayed concerns over the potential impact of food inflation on the US market (at least in comparison to Europe). His optimism was couched in a warning against fertilizer producers that they should not take “unfair advantage” of the situation by intentionally hiking prices beyond what is justified.

In the piece “Brazilian Farmers Rush to Secure Fertilizers on Ukraine War Fears,” Tatiana Freitas and Taso Veloso Ribeiro depict the extent of the early stage of this crisis in Brazil, the world’s top fertilizer importer, which is now in desperate need of potash.

It may be too early to predict the extent to which supply chain issues like these will impact Europe and North America in the long term. All of this illustrates the interconnectedness of our modern world and the fragility of the global food supply chain. And it should motivate us even more to grow our own produce and to support local farmers.

How do you think the war In Ukraine will impact farming around the world? 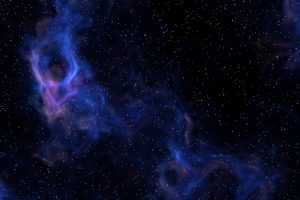