Could The Cold Be Good For You?

Most people strive to avoid the cold– we crank up the heater the moment we feel a touch of discomfort. But new research shows that maybe we shouldn’t be so quick to adjust the thermostat and should instead embrace the cold. Could the cold actually be good for you?

Studies show that the body reacts to prolonged exposure to cold temperatures: new fat appears, muscles change, and your level of comfort eventually adjusts. Researchers are trying to understand how changes in fat or muscles caused by low temperatures could help fend off metabolic diseases, such as diabetes.

François Haman, who studies thermal physiology at the University of Ottawa, Canada, tells Wired he begins every day with a cold shower. The rush of cold water triggers the body’s fight or flight response, releasing hormones called catecholamines.

“I do have that sense of Oh my God, I’m feeling so strong, and I’m awake,” he says. “This is kind of my coffee.” He goes on to mention that those hormones released are stress hormones and the truth is, “Humans are amazingly ill-adapted to the cold.” Other animals such as rats and squirrels are more equipped for cold temperatures, they have plenty of “brown fat,” or adipose tissue that burns calories to create heat. Biologists refer to this process as nonshivering thermogenesis.

It turns out not only rodents have brown fat, but humans, too. Therefore, we too are capable of nonshivering thermogenesis. In rodent studies, activating brown fat from cold exposure was shown to regulate fatty acid and glucose levels. Studies in adult people have concluded that the presence of brown fat is linked to leanness and normal blood sugar levels.

Joris Hoeks, a diabetes researcher at Maastricht University in the Netherlands, conducted a study to discover more about the possible effects cold temperature has on glucose levels. He took a group with type 2 diabetes and for 10 days exposed them to six hours of cold, right on the edge of shivering. Among his findings, was that their sensitivity to insulin, a key hormone in controlling blood glucose, improved by 43 percent on average—a boost comparable to the effect of a 12-week workout program.

Because there was not a clear connection between brown fat activity and the insulin response, Hoeks repeated the study but avoided all shivering by slightly raising the temperature. In this study, no improvements in glucose regulation or fat metabolism appeared. Instead, there was a change in muscle cells rather than brown fat. He wrote, “proteins responsible for transporting glucose fuel into muscle cells appear to migrate toward the outside of the cell.”

Hoeks believes there is a link between this change in muscle cells and the body’s ability to process glucose. What is not certain is if this response is directly correlated to the mild or unnoticeable shivering contractions, or some other muscle process altogether.

Evidence seems to support Haman’s and Hoeks’s theories that cold acclimation is good for people–but there is still much more to discover. Wondering could the cold actually be good for you? The next time you feel a little cold try to embrace it, it just might make you healthier. 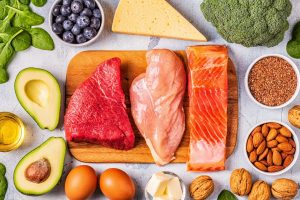 How to Live Longer and Better by Making Longevity a Lifestyle

The Work of Dick Sutphen