Have Trust in Your Doctor and Faith in Your Reciter

Who Are the Reciters of the Secret, And What Is Faith Healing?

A Swiss order of faith-healers whisper ancient pain-relieving blessings preserved and passed down through generations to alleviate the suffering of the afflicted.  “Reciters” operate with the full faith healing of official medical establishment. Hospitals and firehouses keep contact lists of “specialists” who use “the Secret” to relieve burns. Order member Georges Delaloye shares the Secret up to 200 times daily, praying for patients worldwide.

Delaloye, says he received the ability from his deceased brother. Members of the order believe their abilities transfer through family lines, often being passed down.

Delaloye practices the Secret of faith healing as many as 200 times a day, speaking to patients from all over the world.

Read the full story on Reciters of the Secret Order on Narratively. 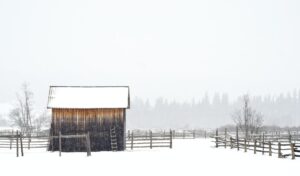 Could You Grow Enough Food To Survive Disaster in Winter?