There are few of us who don’t have a smartphone and multiple social media accounts. While these networks were supposed to bring us all together, they’ve actually separated us in all kinds of ways. Study after study reveals that these technological advancements have failed to make our lives better. Many of us, in fact, are more unhappy than ever, causing more harm than good. There is one question we really need to ask ourselves; How can technology addiction be treated?

We may never truly know how much damage constant exposure to technology has done to us during its rather recent presence in our lives. From occasional use to extreme dependence, tech has impacted all of us. But for some, it’s more profound: technology addiction is a recent but pervasive problem, with emerging data about it. As that data come to light, researchers have begun to examine how technology addiction – and the spectrum of how tech is impacting our lives – can be treated, with steps both small and large.

Try turning everything off and turning on some Spotify playlists during dinner or meditation time to get away and unplug (except, of course, for your music or soothing sounds).

A computer scientist, engineer, philosopher and writer, Jaron Lanier has been called one of the most influential people in the tech world by TIME, Wired, and other magazines. He’s best known for his book and call to action, Ten Arguments for Deleting Your Social Media Accounts Right Now. Internet addiction disorder is being taken seriously and studied more, partly because of his groundbreaking work.

Lanier was one of the pioneers to embrace many of the technologies that are now commonplace. He was also one of the first to see how the smartphone technology in our pockets and daily participation on social media platforms would negatively impact society. Since then, he’s has been arguing that the so-called “wonderwall” has not delivered on its promise of unity and togetherness. He outlined some of his arguments in his recent TED Talk, “How We Need to Remake the Internet.”

How we need to remake the internet | Jaron Lanier

Why Is Lanier Sounding The Alarm?

He believes that technology is harming us in a number of ways:

How Does This Technology Influence The People We Become?

When we use technology every day, we change the course of our lives, whether we realize it or not. There’s no denying that we are different people today than we would have been in a world without the technology. It’s that set of as-yet-unknown, unintended consequences, that informs Lanier’s perspective, in part.

What Can We Do?

One of the best things we can do is to try to unplug for better sleep, better mental health and better relationships. Let us know if you have any thoughts on how technology addiction can be treated, and your own experiences with it.

1. Have you experienced the symptoms of tech burnout and addiction?

b. If not, what do you do to avoid these feelings? 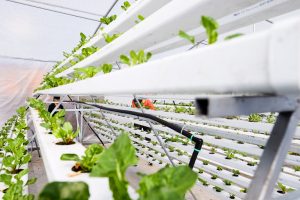 Growing Your Own Cannabis Seeds

How to Sleep Better