The next time you visit your dermatologist, physical therapist, psychotherapist and maybe even your dentist, they may offer you red light therapy (RLT), a treatment that appears new and perhaps outside the norms of Western medicine. RLT comprises two spectra: red light and near-infrared light. Depending on the practitioner and the ailment,  exposure to help heal not only the site of the exposed skin—a dermatologist, for example, might use it to reduce skin roughness and visible signs of aging—but also systems that aren’t exposed, like mental health, muscle aches or joint pain. If you ever try red light therapy, the infrared light therapy benefits could change your life forever!

Red light therapy isn’t actually new, a Hungarian physician Endre Mester first discovered it 50 years ago. It is also known as photobiomodulation (PBM), low-level laser therapy (LLLT) and low-level light therapy. The idea is that it can catalyze mitochondrial activity through the retina, potentially, and also through the skin, by exposing it directly to the light. Mitochondria are the so-called powerhouses of every cell; they’re connected to aging, vitality, and are responsible for catalyzing most processes in the body.

In recent years, however, the use of light (across the spectrum) has been gaining steam as a consumer product in the health and wellness space. Last year, the global light-therapy market was estimated to be worth USD $1 billion. (Yes, billion.) According to a 2021 report from Global Market Insights, by 2027 the light-therapy market is expected to grow 5.1%, to $1.3 billion.

Dr. Mike Belkowski is one of the experts on RLT. He earned his B.A. in exercise science and a Doctorate in physical therapy before setting out to practice in his hometown of Missoula, Montana. But after a few years of practicing, he saw how treatments that physical therapists could prescribe were limited to what insurance would cover—even if another approach would be more beneficial. Armed with his degrees and in-the-field experience, he went in search of a practice that would allow him to broaden his scope of treatment.

Over the next few years, he expanded his skillset, learning and integrating new treatments. One of them, dry needling, became his specialty: the technique uses needles in muscle tissue to relieve pain. It looks like acupuncture, but relies on trigger points to increase blood flow and is typically just one part of a PT routine.

As he continued to research his field, looking into modalities from cupping to hyperbaric treatment, he came across a book about red light therapy (RLT) by Ari Whitten, a self-described energy and fatigue specialist.

“I’d heard about red light therapy multiple times through podcasts and biohackers, but never thought much of it,” Belkowski said. “Because it’s light. What can light possibly do?

“The aha moment for me was I had a lot of parallels with dry needling, which has powerful, pain-relieving effects because it reduces inflammation and improves circulation almost instantaneously.”

But the kicker, he said, was how red light works on the cellular level, on mitochondria.

“That led me down the rabbit hole of learning more about mitochondria, which, as it turns out, really dictates our overall health and longevity and the way we age. So here we have something that can reduce inflammation, improve circulation, but now we can optimize energy as well.”

After researching more about red light and the market for them, in 2019 he launched BioLight, his own version of red light treatment lamps. It started as a side project— between treating patients, hiking with his dog and enjoying Missoula—but has since become his full-time focus. He wanted to create red light products that were both high quality and budget-friendly, with the ability to treat ailments from physical pain and headaches to depression and anxiety.

So far, the infrared light therapy benefits have been gratifying. In one case, Belkowski’s mother used a BioLight lamp to help her with longtime sleep issues. Since using red light therapy, she’s been able to sleep soundly through the night. Some advocates of RLT say it can help supplement sunlight for those who live at northern latitudes or spend much of the day indoors, resetting the circadian rhythm, which dictates sleep patterns as well as hormone release, body temperature and digestion. The process, which is found in most living things, runs on a 24-hour cycle and responds to light and darkness.

In another instance that Belkowski cited, a naturopathic doctor had been suffering chronic headaches and migraines for most of her life when she gave red light therapy a try. After using the full-body panel (each light comes with a treatment booklet for specific use cases), she was able to find consistent relief.

In dermatology, red light has been shown to reduce signs of aging and inflammation while stimulating healing through a number of processes that include mitochondria—the so-called cellular powerhouses. It may also help with everything from oral health, by potentially killing bacteria and helping to repair bone and tissue; eye health, especially in cases of macular degeneration in older patients; and even gut health.

Though the research into how this might work is ongoing, one prevailing theory is that there is a signaling response between light and mitochondria in the brain that can spur a systemic effect, reducing inflammation even in parts of the body that aren’t directly exposed to RLT. People with ailments from joint pain, to lingering issues from a motorcycle accident, have reported healing benefits and pain reduction after light treatment.

For writer Aubree Nichols, a red light face mask not only gave her the revitalized, glowing look she sought, but also helped with her jaw pain. In her story about the experience for The Strategist, from New York Magazine, Nichols spoke with a board-certified dermatologist and leader in laser- and light-based medicine who told her, “​​Red light has been shown to penetrate deep into the skin and decrease inflammation, so it’s absolutely conceivable that it could decrease jaw tension.”

As Nichols continued to use the red light mask, she reported noticing other infrared light benefits too: everything from neck pain to belly bloat and period cramps to—yes—better sleep. For her, the red light mask became a kind of “blankie,” as she described it, that soothed every ache, pain, or stress point.

Still, with so many light-related treatments entering the market and an array of choices, for Belkowski, the health basics should come first.

“You can get caught up in the newest technology, fad, or the new supplement,” he said, “but if you’re not taking care of the foundation, which would be light, water and magnetism (the grounding aspect), then you shouldn’t be getting too caught up in the technological hope.”

In other words: natural sunlight, time in nature, and hydration. And if you are looking for that extra edge? Go for the treatment that can boost mitochondrial health, inasmuch as research can inform that choice. Whatever the modality, the goal, is health for the long-term.

“In biohacking, it’s all about longevity and it’s great if you can live longer,” he said. “But what’s the point of living longer if you’re not healthy and full of vitality?

Infrared light therapy shows great promise. Have you ever tried it and what was the result? Another great somatic therapy to look at is vagus nerve stimulation which can help reduce stress and anxiety! 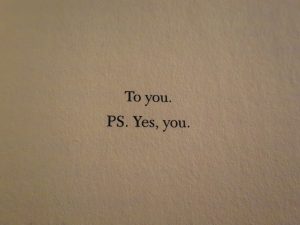 Boston Biohacking Congress: one man’s quest to make infrared saunas accessible to all

What Is CBD and How Do I Use It?