The Work of Dick Sutphen

Richard (Dick) Sutphen is an American metaphysician, born in Omaha, Nebraska in 1937. Since the cultural revolutions of the 1960s, Sutphen has been doing psychic research and past-life therapy (reincarnation), as well as maintaining a career as a prolific author and speaker. Books by Dick Sutphen are award winning and life-changing!

The counterculture of the 1960s and 1970s was an anti-establishment movement that developed throughout the western world. Many young people searched for new answers to questions about who we are, human sexuality, civil rights, and the meaning of life. This was also a time where experiments with psychoactive drugs became incredibly popular, and theories and questions about past lives became a movement in itself. It was prime time for ‘new age’ thinkers like Dick Sutphen.

In the 1970s, Sutphen claimed that effective advertising is about the power of persuasion, and he turned to studying the power of mind/brain technology and hypnosis.

Throughout his career, Sutphen has authored 25 books: some on reincarnation including “Past-Life Therapy In Action,” “You Were Born Again To Be Together,” and “Soul Agreements.”

According to Sutphen, a reincarnation session might involve spending a weekend in a darkened room where he would guide you through a journey into one’s past. It is a spiritual experience and offers many people a sense of connection that may be missing from their lives. More than 250,000 people have attended the seminars, retreats, and workshops that he offers!

Sutphen went on to establish distinguished careers in advertising and audio publishing. He established the Scottsdale Hypnosis Center and in 1976 created and marketed the first pre-recorded hypnosis tape.

Sutphen’s “High Performance Hypnosis and Slipperier Programming” can be bought on Amazon, as well as “Increase Self-Discipline” and “Multi-Millionaire.” There are several choices for a multitude of perceived spiritual needs and interests.

Today, his company Valley of the Sun Publishing is a leader in its field and offers over two hundred audio and video titles, released worldwide. Sutphen’s seminars are conducted annually across the USA, England, Ireland, and Australia. He’s also a regular contributor to radio and television shows where his expertise has been broadcast to millions.

Dick Sutphen is a true “renaissance” businessman who transformed his various talents, career experiences and foresight into a successful career. His tireless work and dedication to educating others helped to create a thriving industry within the mental health and wellness space. His timeless teachings can be found on his website. While your there, check out all the books by Dick Sutphen, and consider reading some while at home during this virus! 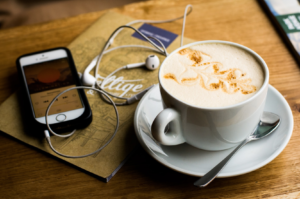 Books That Will Change How You Think About The Earth

The Overstory : A Novel for Eco-activists

The Importance of Focus and Flow at Work