A hunting guide teaches strength and spirituality in the outdoors

Murphy Robinson wasn’t always a hunter. In fact, the Vermont-based hunting educator (who uses they/them pronouns) grew up as a vegetarian in a family that was staunchly anti-gun. But in their twenties, they became a wilderness guide and began to learn more about ecology and predator-prey dynamics, in which hunting plays a key role. Around the same time, Robinson was looking to engage with the forest in a new way, beyond what they’d been doing already as an outdoors educator. “The idea came to me that I wanted to learn to hunt. But it was like, how is that ever going to happen? I don’t know anyone who does that.”

Not long after, through a chance encounter on the Appalachian Trail, Robinson’s opportunity arrived. They connected with a longtime hunter from North Carolina, who offered to teach them the art of hunting and harvesting meat. The hunter became Robinson’s mentor, flying them down to his own farm to train.

“I went from never having shot a gun in my life to having shot a six-point buck and processed its body myself in seven days,” they said. For Robinson, the entire experience, from thinking about hunting to taking down their first deer, was seamless. “It unfolded in a magical way.”

It also connected Robinson with a deeper sense of ancestry and identity, through the archetypes of the huntress in European mythology—figures like Artemis, the Greek goddess of the hunt, and Skadi, the Norse goddess associated with hunting and mountains. “It was one of the few representations I found of real female strength,” they said. “As someone who was socialized as female, it was something I could actually relate to and aspire to.”

After returning to Vermont, Robinson began to hunt on their own and brought that sense of ancestry, ritual and connection to their experience. Along the way, they were starting to get requests to teach people how to hunt, and especially women and eventually heeded the call. At first, Robinson co-taught courses with their mentor, who would come up to Vermont for the workshops. But by 2013, they had the confidence to teach on their own, and their hunting school, Mountainsong Expeditions, was born.

There are a number of ways in which Robinson’s program differs from traditional hunting courses, starting with the instructor. Most hunting classes, they say, are taught by white, straight men cis-gendered men who come from what has long been the typical demographic of the sport. Robinson, in contrast, defines themself as queer transmasculine, and believes that the space they’re creating appeals to some hunters-to-be who feel more comfortable with an instructor more like them.

Robinson’s approach is not a knock on traditional courses or instructors, they said. But it can make for an environment that feels less intimidating. Most years, Mountainsong Expeditions offers two separate courses, one for marginalized genders and one for everybody and marginalized genders, including women, trans people and non-binary people. They also lead hunts in North Carolina or Virginia, where hunting rules allow for more opportunities to find deer.

The second distinction between Robinson’s courses and traditional instruction is their focus on ritual and spirituality. Like standard courses, theirs is designed to guide students through their first experience of hunting, killing and harvesting an animal in what they describe as “an emotionally responsible and a spiritually connected way.” That includes honoring the animal at its death and giving people space and time to process the experience emotionally.

“It’s an overwhelming mix of emotions when we shoot the deer,” said Robinson. “We let it lie there for about 30 minutes before we go and collect it, just in case it’s not quite fully dead. We don’t want it to be startled. Then we go over and students get to lay their hands on the animal and say thank you. Students say prayers, sing songs, make an offering of sacred herbs, whatever they want to do. There is a grief that everyone experiences in seeing a beautiful animal fall dead. But grief is not the same as regret—there’s a mixture of grief and gratitude. It’s a sense of reciprocity: this deer is giving me its life and I’m going to live my life in a way that deserves that gift. There are a lot of ethics around it.”

Most hunters, says Robinson, strive to approach the practice ethically, and want to evangelize the thoughtfulness that they bring to it. There’s also been a push to bring new people to the pursuit. Over the past four decades, the number of active hunters in the US has declined. That dropping population impacts conservation efforts, which rely on sales of licenses, permits and other hunting-related fees to fund it.

According to a 2021 story from North Carolina State University, dropping in participation stems from factors like an aging population of baby boomers, who still make up a third of all US hunters, to growing numbers of minority groups, for whom there’s not necessarily a tradition of rural hunting. Most of Robinson’s students tend to be people who are concerned with the quality and sustainability of their food. Interestingly, they note, a lot of mothers take the Mountainsong course, to be able to access natural food for their families.

“We’re never trying to convince someone that it would be good for them to kill an animal,” Robinson said. “We work with people who have to come to that conclusion on their own. A lot of people come to that through thinking about food ethics, about how the meat you buy at the grocery store doesn’t live his life as humanely as the deer that you shoot on a farm. For a lot of people it is that spiritual rite of passage thing, the way it was for me.”

Ultimately, they said, it’s also about confidence, and individual connection with food, land and animals.

“It’s really good to experience harvesting meat in the container of a class, where you have that support,” they said. “Then you can take that confidence and go out and face the challenge of harvesting your own food.” 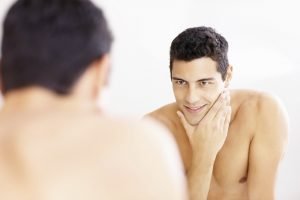 Narcissism vs. Narcissistic Personality Disorder: What You Need to Know

How Yoga and Sharks Can Help Save the Planet