Music is one of the most powerful tools in the world. Scientists are only now beginning to understand the profound impact music has on the human brain.

Just watch the elderly patients in this nursing home react to songs from childhood. Depressed and unresponsive residents light up when the music fills their earphones.

Man In Nursing Home Reacts To Hearing Music From His Era

The Science Behind Music and Meditation

Many people turn to meditation for stress-reduction, which happens to be one of the areas of meditation that has a lot of research behind it.

With this study showing that music is effective in keeping stress levels down even during unconsciousness, it makes sense that music would also help keep us relaxed during meditation sessions.

How Does Music Affect Your Brain?

Now that we know that music is scientifically proven to be able to alter your stress levels, by listening to a playlist dedicated specifically to relaxing, you can have the perfect tool to complement your meditation sessions (which, by nature, require a relaxed state of mind).

With that in mind, try pairing your next meditation session with any of the following popular meditation playlists from Spotify:

The YouTube Channel Yellow Brick Cinema is known for creating “the world’s best relaxing music.” The channel has earned 1.7 BILLION views for its relaxing pieces, each YouTube session specially calibrated for a specific experience, from studying to sleeping to meditation.

We’ve rounded up the five most famous musical compositions on this site, music, and images that help people around the world relax, sleep, focus, meditate, and heal. Together, these compositions have been played nearly 300 million times on YouTube. Now that you have some new music ideas, try them out and see the benefits of meditation and music! 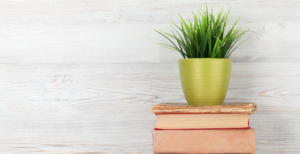 Books That Will Change How You Think About The Earth

Dinner Music to Keep You Present

Music Soothes the Savaged Soul (and Mind and Body)

The Importance of Workout Music