LSD and Psilocybin Therapy research was once widespread across the United States. Much of it stopped, when LSD, promoted by anti-establishment iconoclasts like Timothy Leary, provoked a powerful reaction from the U.S. Government and draconian laws banning psychedelics, with no distinction made between “party drugs” and legitimate therapeutic research.

MDMA is another drug that is now being tested in clinical environments again.

It is unclear whether LSD will be studied clinically or will simply reclaim its party drug crown.

The “don’t throw out the baby with the bathwater” message has finally been heard after many decades. Psilocybin has the possibility of changing the world, with legalization and adaptation by the medical field clearly on the horizon. 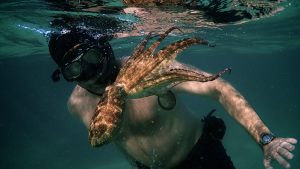 My Octopus: A Mentor … and Friend

Meet the activists behind the psychedelic renaissance

The Microdosing Revolution: A Shift in Daily Consciousness

Could Artificially Intelligent Therapy Help You?